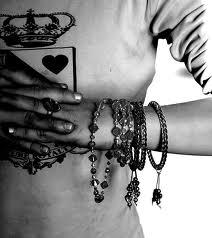 Corina Corina; Vibrantly Redefining What it Means to be a Female Hip-Hop Vocalist...

Corina leaves sunny California to make it in the cold nitty-gritty city of New York, and this year she is most definitely not going home empty handed. Heavily influenced by Hip-Hop and Soul, this young beautiful artist goes against the grain and releases her debut album appropriately titled "The Eargasm".

There's no doubt that music is something Corina Corina was born to do. Level headed, highly energetic, and methodically entertaining she expresses herself both on stage and on tracks with a poetic stream of positive messages. Unlike so many female artists who resort to self-degrading to inherit the ears and approval of men, Corina Corina takes a totally different stance.

She voices humble gratitude to the land she was bred in and a great appreciation for the city in which her dreams are coming true. In an industry dominated by masculinity it's nice to see a woman with such visceral tenacity take music by storm and submerge herself among New York's best in beats.

Rhyming alongside emcees like Eagle Nebula and producer Willie Green this hardcore songstress proves herself entitled to the position. Her songs say, recognize the hardships and fight through your sorrow- that's how you make it to happiness. The track "Wrong Direction" points out critical errors of today's society and the view of a woman's self worth. The tragedy of media being over saturated with unrealistic standards and messages popularly flocked with negativity seems to be a motivating source of power which Corina Corina uses to combat and oppose the unappealing stigmas. 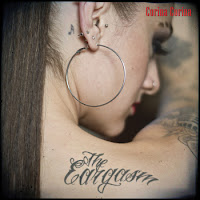 On the radio, uncouth messages of f*ck a hoe, break the bank get old in no time; so for the sake of music, Corina Corina is one among an ocean of musical performers who create listenings suitable for both male and female audiences while delivering a most positive message. Anyone who can appreciate say it like it is type verses is bond to find The Eargasm enjoyable.

There's no lack of sensuality exemplified throughout The Eargasm none the less. Classy, raw, untamed and unashamed "Dear Amy" is a love letter to former lover sang with sincerity and dripping with regret. Aside from emotional diversity, Corina Corina also combines multiple elements of Hip-Hop, Soul and R&B in a very unique and eclectic manor. Tracks like "Love, Love, Love" utilize the sound of claps to accentuate the beat. Unconventional melodic touches such as that are peppered all throughout her album.

Corina Corina is unequivocally the lady to follow this year. She's firm, beautiful, passionate, and voices her opinions without reservations. In one word she's real. Show support and check out her album The Eargasm at: CorinaCorina.Bandcamp.com

Email ThisBlogThis!Share to TwitterShare to FacebookShare to Pinterest
Labels: Music

In Response to SESTA and all the other violations of our privacy and freedoms, here's what I'm doing...